Airbnb has said it will suspend all operations in Russia and Belarus following the invasion of neighbouring Ukraine last week.

Brian Chesky, the company’s chief executive and founder, said earlier this week that the company would house 100,000 Ukrainians forced to flee their homes due to the fighting, adding that it would waive all fees on bookings in the country.

Mr Chesky has said that “all things are on the table” in response to Russian aggression towards Ukraine.

Separately, users of Airbnb have started to book rentals in Ukraine as a gesture of financial support for the country’s embattled citizens – despite not intending to travel there.

Australian Kate Hutchinson wrote on Twitter: “Feeling helpless, I booked an @Airbnb in Kiev for a stay this week knowing the money would go direct to someone there.”

Dozens of other users have posted their booking confirmations on social media, encouraging others to rent Airbnb’s as a way of providing direct financial assistance to families in Ukraine.

Airbnb, which went public in December 2020 with a market cap of $86.5bn, is the latest in a long line of companies that have cut ties with Russia in the past week. 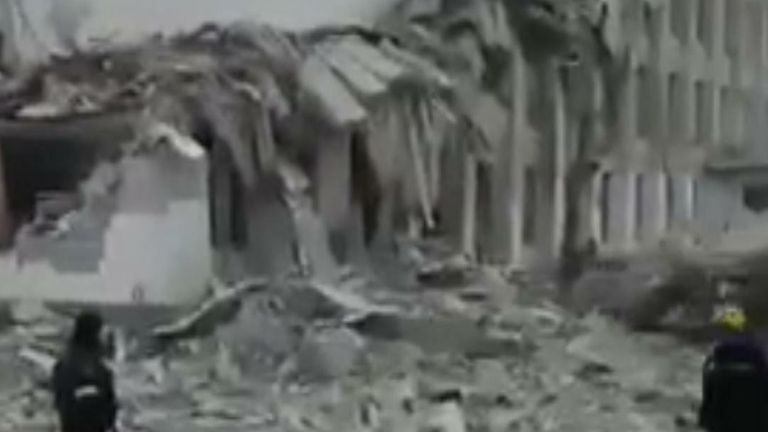 Ukranian officials said the town had been bombarded by missiles

Yesterday, Swedish furniture titan Ikea said it would close all of its stores in Russia, and stop sourcing materials from Russia and Belarus.

They joined Apple, M&S, Burberry, Boohoo, Netflix, Mercedes-Benz Group, Ford and BMW, who have all suspended trading in Russia following its invasion of Ukraine.