Dele Alli: Everton In Talks With Tottenham Over Permanent Move For Midfielder Worth £40m – Sky Sports

Dele Alli is set to undergo a medical ahead of a permanent move from Tottenham to Everton that could cost up to £40m.

Everton chairman Bill Kenwright has held talks in his London office with Tottenham chairman Daniel Levy about a potential deal for Alli.

Initially it was thought any move was a long way from completion, however, it is now understood a breakthrough has been made in negotiations and a medical has been booked in for the player.

If Alli does move to Goodison Park, it will be on a two-and-a-half-year contract, with the transfer fee structured around payments based on the midfielder’s performances for Everton. 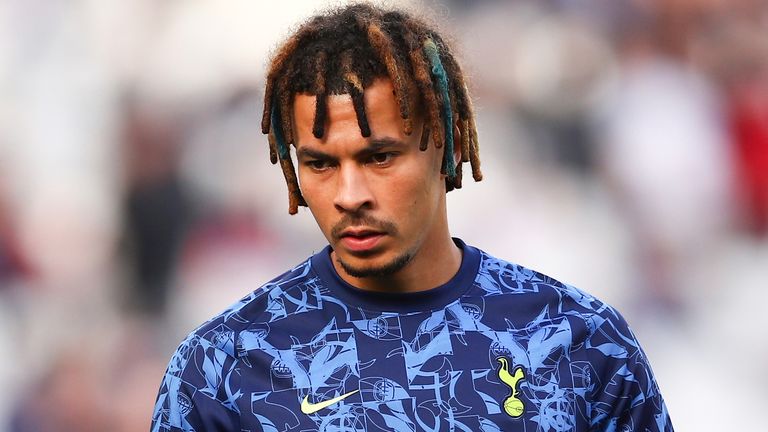 While any potential deal for Alli has not yet been formally agreed, it is believed the chances of the transfer taking place are “looking good”, with new Everton manager Frank Lampard a key factor in convincing the 25-year-old to join.

Everton, however, will not be able to take another player on loan from a Premier League club once they have loaned Donny van de Beek from Manchester United, which is set to be completed on deadline day.

Only two domestic loans are allowed under the current rules and Everton have already signed Anwar El Ghazi on loan from Aston Villa as part of the deal that saw Lucas Digne move to Villa Park earlier in the January window.

“We’re told Frank Lampard was key in this deal getting done. He spoke to the player, and Alli feels he can get the best out of him.

“Since Mauricio Pochettino left Spurs he’s had a difficult relationship with the managers there, Mourinho and Conte, and needs a fresh start.

“He’s been at Spurs for a long time now, I know people think he’s lost his way now but he’s someone who was PFA Young Player of the Year twice. If anyone can get the best out of him, you’d think it would be someone like Frank Lampard.”

Lampard can bring swagger back to lost talent Alli Transfer Talk’s Michael Bridge says there will be plenty of players waving goodbye to Tottenham today, and has urged Alli to leave the club to help reignite his career

More than two years ago in October 2019, Gary Neville gave this assessment of Dele Alli after an anonymous display in a 2-1 away defeat against Liverpool.

“He had a desire to get in the box. He was always nasty, playing on the edge, getting sent off once or twice, but today he was non-existent. He’s been like that for a year or two.”

More than two years have passed since then, and we are still yet to see Alli return to the sort of form that took him to back-to-back PFA young player of the year awards.

Still only 25, Alli has now worked under several managers at Spurs since breaking into the first team under Mauricio Pochettino and yet he has failed to fully convince Jose Mourinho, Nuno Espirito Santo and Antonio Conte he is worth giving a central role.

It is hard to pinpoint his fall from grace, but Frank Lampard could be the ideal manager to turn a lost talent back into star quality. The new Everton boss would urge him to get back to basics, but feeling loved is what Alli needs. 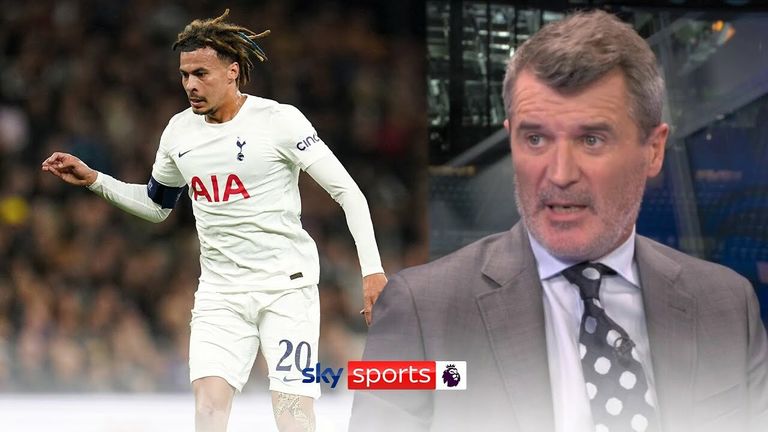 Roy Keane, Jimmy Floyd Hasselbaink and Jamie Redknapp discuss Alli’s future at Tottenham and debate whether he should leave the club and go elsewhere

His time at Tottenham truly ought to have come to an end some time ago, but a fresh start at Everton, a side he has often performed well against, provides him with an opportunity to fulfil his undoubted talent.

It is an arrangement that suits all parties, with Tottenham now able to build a squad in Conte’s image, while Alli’s ability to cover distance and play with intensity is something Everton have needed to inject into their game this season.

A loan deal might have not led anywhere, pushing the need for a change along, but with Everton already having used up their two domestic loan slots, a permanent deal brings closure for Alli at Spurs. Lampard and Everton will hope he can now rediscover his old swagger on Merseyside.

As Dele Alli’s Tottenham career reaches a conclusion that few could have anticipated when he won back-to-back PFA young player of the year awards, much of the focus will be on the mental side of the game. The need to refocus will be at the forefront of the discussion.

The words of Jose Mourinho in conversation with Alli in a much-publicised documentary appear prescient. “I think you will regret it if you do not reach what you can reach.” But it is worth noting that there are tactical questions to address here as well as mental ones.

The hope is that Frank Lampard and Everton appreciate what is required to bring out the best in Alli. His impact came as a support striker making late runs into the penalty box. He was combative and cute so could play deeper but that was not his main strength.

Over time, Alli has been deployed further and further away from the opposition goal, even used in a midfield two, where the responsibilities in the build-up play put greater emphasis on other aspects of his game. It has become hard to remember what made him so good.

Whether he is able to recapture that remains to be seen. At 25, there is still time. The attitude will need to be right, the desire to prove people wrong essential. But his only chance of doing that will be if Lampard has a clear vision of how to utilise him.

Everton have appointed Frank Lampard as their new manager on a two-and-a-half-year contract to replace the sacked Rafael Benitez.

Lampard, who arrived at Everton’s Finch Farm training ground on Monday where he was expected to take first-team training for the first time, said: “It is a huge honour for me to represent and manage a club the size and tradition of Everton Football Club.

The clock is ticking. Who will be on the move before the transfer window closes at 11pm on Monday January 31?

Keep up-to-date with all the latest transfer news and rumours in our dedicated Transfer Centre blog on Sky Sports’ digital platforms. You can also catch up with the ins, outs and analysis on Sky Sports News.

Follow every Everton game in the Premier League this season with our live blogs on the Sky Sports website and app, and watch match highlights for free shortly after full-time.

Get all this and more – including notifications sent straight to your phone – by downloading the Sky Sports Scores app and setting Everton as your favourite team.

Hear the best Premier League reaction and expert analysis with the Essential Football and Gary Neville podcasts, keep up-to-date with our dedicated Transfer Centre, follow the Sky Sports social accounts on Twitter, Instagram and YouTube, and find out how to get Sky Sports.