Hina Khan is one of the most well-known television actresses. She is also well-known for her love of travel, and she is frequently spotted travelling across the world when she has to time off from work. The actress took a trip to Egypt with her long-term partner Rocky Jaiswal just before Valentine’s Day. The actress recently revealed photos from her tour through history on social media. 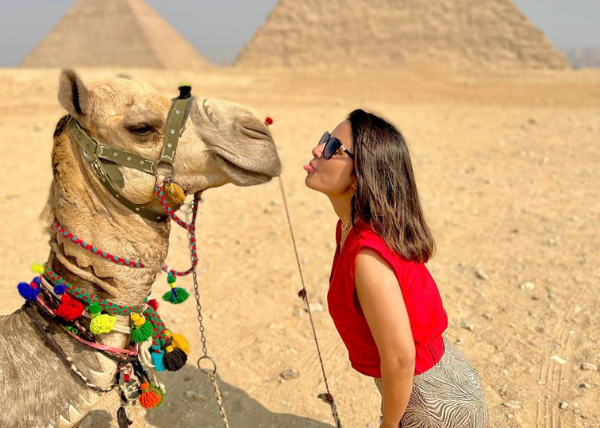 The reality shows Bigg Boss 13 is well-known. Hina Khan has been posting photos from her vacation to Egypt with her boyfriend Rocky Jaiswal on social media. She recently shared photos of herself sitting face to face with a camel in a recent post. She also posted photos with ancient pyramids as a backdrop. In a crimson v-neck shirt and zebra print leggings, she looks stunning. She wore a multi-layer necklace, sunglasses, and athletic shoes to complete her ensemble. 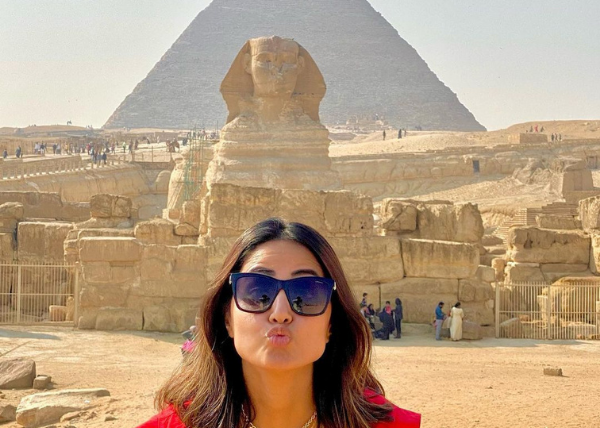 Hina Khan had already posted photos of herself on social media as she boarded the plane for her vacation. At the airport, she was joined by her boyfriend Rocky Jaiswal for a selfie. “#peacocklove,” she captioned a photo of the pair with a peacock in the background. She also uploaded photos from her journey and expressed her desire to travel again. 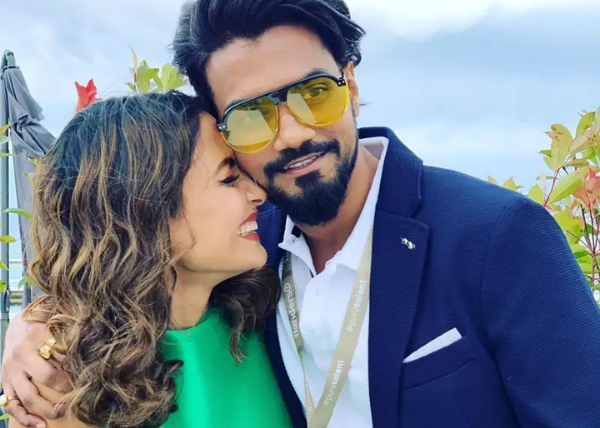 Rocky Jaiswal’s birthday was also celebrated by the pair in Egypt, and the actress posted two pictures from the event. “Happy Birthday love,” Hina Khan said in the caption.

Hina and Rocky met on the set of Yeh Rishta Kya Kehlata Hai, the former’s claim to fame program. Rocky was the daily soap’s supervising producer. Soon after, Hina appeared on Bigg Boss 11 (2017), where Rocky made an appearance and also put a ring on the actress’s finger during one episode. Rocky also informed Hina that after BB 11 was finished, he couldn’t wait to spend all of his time with her. That’s how Hina and Rocky’s romance became well-known, and the two have been together ever since. 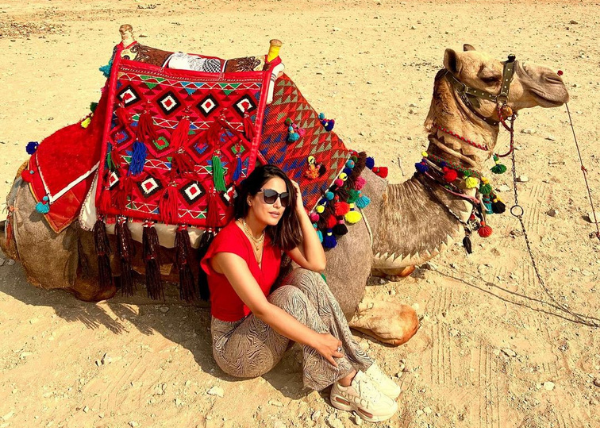 Hina Khan is most known for her role in Yeh Rishta Kya Kehlata Hai on television. She followed that up with a stint on Bigg Boss and a role in Kasautii Zindagii Kay 2 as Komolika. he has also appeared in films such as Hacked, Unlock, Wishlist, and Lines.