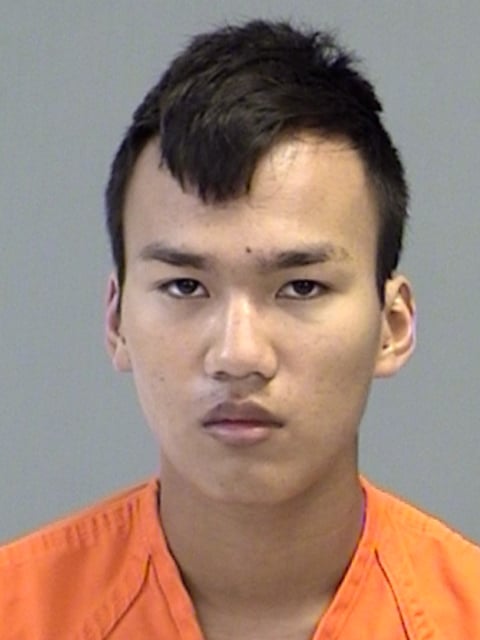 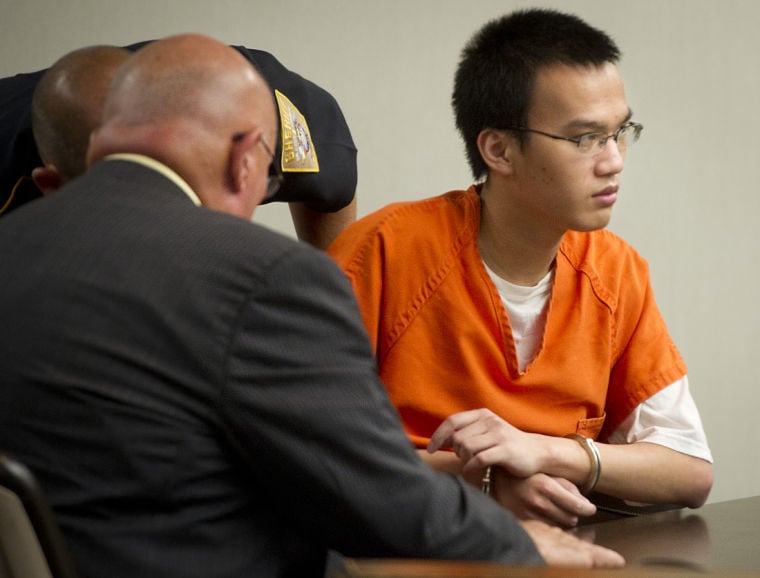 Gabriel Hall sits with his attorney during a hearing in a Brazos County courtroom in August 2013.

BRADY STONE Special to The Eagle

Hall, now 28, was convicted in 2015 of murdering retired Texas A&M University professor Edwin Shaar and stabbing Shaar’s wife, Linda, at their College Station home in October 2011. Hall was an 18-year-old student at A&M Consolidated High School at the time of the murder.

Because of the death sentence, the case, which was tried in the 272nd District Court in Brazos County, was automatically appealed to the Texas Court of Criminal Appeals, and Hall’s defense team raised 15 points, including that evidence was insufficient to support the jury’s decision that Hall posed a future threat to the community.

In a 47-page ruling issued Dec. 8, the court concluded that the defense attorneys points were without merit. The defense team has filed a motion for the court to reconsider, according to the Brazos County District Attorney’s Office, which declined to comment on the case, citing the ongoing appeals process.

Defense attorneys working on the case did not respond to requests for comment.

The five-week trial before now-retired Judge Travis Bryan III included testimony from Linda Shaar, who begged a 911 operator for help as her throat was being slashed, as well as testimony from Brazos County Jail inmates who recalled Hall’s descriptions of the crime as he was awaiting trial.