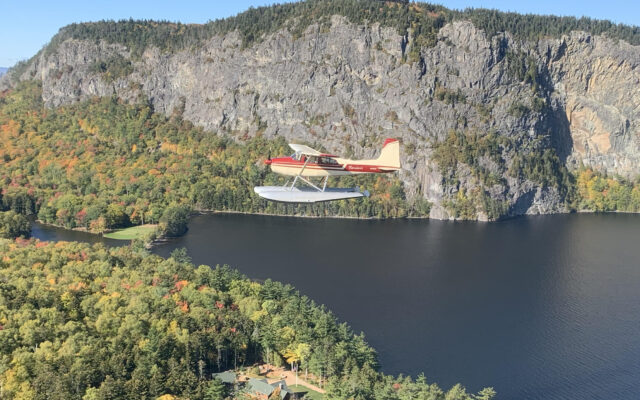 By BDN Editorial Board

Over the last two years, the COVID pandemic prompted many people to change their vacation plans, sometimes delaying travel to distant locales. As a result, visits to Maine’s outdoors skyrocketed.

Visits to land trust preserves and other conserved lands have also increased in recent years.

“In some ways, it’s a demand and supply issue,” Rich Knox, director of communications for the Maine Coast Heritage Trust, told the Bangor Daily News in December 2020. “As demand has gone up, supply is creeping along. This is the clarion call for the land trust and land conservation movement to find the supply and increase the numbers of places people can go to experience the outdoors.”

So, it is an opportune time for the state to resume land protection through the Land for Maine’s Future, the popular land and access protection program that was hobbled by former Gov. Paul LePage. In 2015, LePage, who was long critical of LMF as a program that only benefited “rich people,” refused to issue voter-approved bonds and allowed some bonds to expire.

“Maine people value the outdoors, and each of these projects represents an exceptional opportunity to preserve working land, expand opportunities for outdoor recreation, protect important deer habitat, and ensure public access for the enjoyment of future generations,” Mills said in a press release announcing the $3 million worth of LMF awards. “I am proud that the State of Maine is once again preserving our cherished lands and waters in a meaningful way.”

Also on Wednesday, LMF announced that it was seeking proposals to protect working waterfront access. These projects aim to secure permanent access to waterfront docks and other infrastructure for commercial fishermen.

LMF-funded projects aren’t state parks, but the funding helps protect and secure public access to places that are important to Maine people. These range from hiking trails, to working waterfront access and, especially in this round of funding, habitat that is important to Maine’s wildlife population.

The program was started in 1987 after Maine citizens voted to approve $35 million in bonding to purchase lands of statewide importance. Voters have approved subsequent bonds and the program has been revised to include support for protection of lands of local significance, which can be held by private groups, not just the state.

Through LMF, more than 600,000 acres of conservation and recreation land have been protected, including more than 333,000 acres of working land, which includes timberlands, farms and working waterfront properties. These acquisitions include nearly 1,300 miles of shorelines of rivers, lakes and ponds, 58 miles of ocean coastline, and 158 miles of former railroad corridors for recreational trails. LMF has funded projects in every Maine county, including the Cutler Coast in Washington County, Mt. Agamenticus in York County and Mount Kineo in Piscataquis County.

The Land for Maine’s Future program is an important tool in protecting places that Maine people value for their livelihoods, recreation and well being. Ensuring it can function as lawmakers and voters intended is critical.

Thank you for reading your 4 free articles this month. To continue reading, and support local, rural journalism, please subscribe.