Smartphone gaming has become one of the most growing industries in 2022, especially after the covid-crisis, with the help of technological innovations and digital advancement. When we think about gaming, we’ll normally think about platforms such as consoles or computers but actually, the reality is that smartphones have become the most used platform in the gaming industry. In 2020, smartphone gaming accounted for almost fifty percent of video gaming revenue generated. As mobile usage continues to grow on a worldwide scale, the revenue generated might even surpass 100 billion dollars. The USA, one of the biggest markets of the gaming industry is being revolutionized by mobile gaming too according to a report by Statista; the revenue generated by mobile games in the US reached its record high at 10.70 Billion U.S dollars.

In 2020, we saw that the worth of the mobile gaming market in the US was 25 billion dollars and looking at the revenue generated by F2P (Free to Play) games which contributed the lion’s share in the mobile gaming industry stood as the most profitable with the revenue of 13 billion US dollars. Considering that many people are willing to pay for more features like skins and additional content to enhance their gaming experience.

More developers are now entering the mobile gaming market by publishing new games, and while some developers are introducing their already established games from a different platform such as PC to smartphones, most famously scenario being the South Korean company called Krafton that introduced its popular PvP (Player-vs-player) shooting game called PlayerUnknown’s Battleground (PUBG) in 2018. More famous publishers such as Rockstar Games and Activision are also following the footsteps of Krafton by developing mobile versions of their already established games.

One of the main reasons behind the shift from PC and console gaming to smartphones was mobility. Since PC and gaming consoles are stationary, mobile gaming gives users the benefit of not needing any extra equipment to play. 54% of the 7 thousand adults in the US who took part in the survey conducted by Statista Group picked smartphones as their favorite platform for gaming, while gaming consoles came second and PC took the third spot.

Mobile games were the reason behind Apple’s 70% total app store revenue generated. In the future, forecasters believe that Google Play will outrun iOS in terms of game revenue as Android’s popularity is rapidly growing since iOS has higher mobility App design standards because of their strict policies. 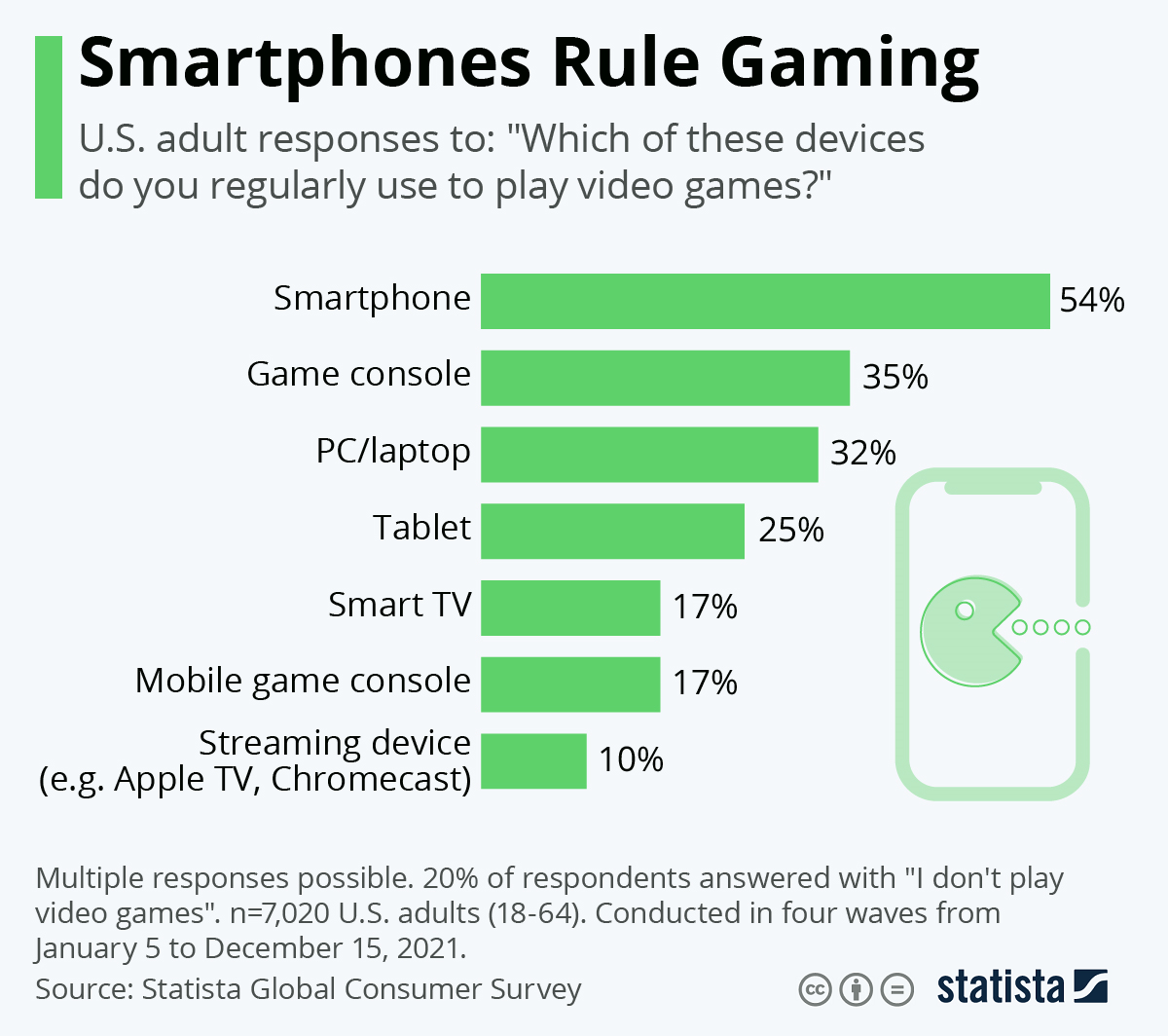